6 out of 10 Spanish companies already use SD-WAN networks

The way of doing business is changing substantially and companies have to adopt digital technologies that allow them to increase their competitive advantage in this new scenario. Network connectivity supports all aspects of this necessary digital transformation, and therefore the evolution of WAN networks towards software-defined environments is essential. According to the new report “Potential of SD-WAN in communications in the cognitive era” by IDC Research Spain together with Evolutio and Cisco, 64% of Spanish companies are already making use of SD-WAN networks, and In fact, 36% are already making extensive use of them.

The new IDC Research Spain report confirms that SD-WAN, technology, based on hybrid network architectures, has seen its popularity grow in recent years, among other reasons because it adds centralised intelligence based on software that monitors, analyses and controls the network , allowing the user to combine different connectivity systems (for example, MPLS, Internet, Ethernet and wireless) in a hybrid network, which can result in an optimal combination of cost and performance for each location and application.

In fact, in the IDC, Evolutio and Cisco report reveals that the use cases in which the application of SD-WAN networks seems most beneficial are related to the management of a wide network of subsidiaries, the need for increased security, increased network traffic or the ease of managing multiple providers.

According to the report “Potential of SD-WAN in communications in the cognitive era”, the main reason that is driving Spanish organisations to adopt SD-WAN solutions is to improve the security of their networks, according to 34% of the companies surveyed. The second most supported engine is the speed of provisioning (33%), followed by the optimisation of its resilience (31%).

When it comes to the factors that are inhibiting the adoption of SD-WAN, the organisations themselves highlight the cost of implementation, as well as concerns about security. This last element can be interpreted as the preference not to make changes to traditional WAN networks due to the lack of automated, agile and secure mechanisms, which could lead to the generation of impacts on the service.

SD-WAN in the cloud context

The new digital needs are pushing organisations to evolve their platforms towards the cloud model, in order to provide their communications and digital services with the flexibility, scalability and reaction times according to the increasingly demanding market demand. As reflected in the report by IDC Research Spain, Evolutio and Cisco, 63% of Spanish companies opt for the cloud model as the most efficient data consolidation and information transmission protocol in the midst of the digital age.

In the traditional scenario, high-bandwidth, low-latency, static links, typically provided by MPLS infrastructure, are increasingly seen as unsuitable for connecting branch offices and remote locations that route much of their traffic to data centers. from cloud service providers. The location of users also varies, with a growing proportion of traffic reaching business applications from mobile endpoints, which are used interchangeably at the company premises and elsewhere.

The importance of managed services

Another aspect to highlight from the latest IDC Research Spain report is the attitude of organisations towards the management of their WAN networks, which has traditionally shown a mixed image. Some have chosen to remain in control, while a substantial portion of organisations prefer to let their communication service provider or a service provider manage them. SD-WAN has the potential to achieve this balance. New technology, centralised control, easy-to-use management tools, and the growing opportunity to use direct Internet access as a means of transport are reinforcing interest in managed models. At the same time, increasing network requirements and architecture complexity favor managed service models, as does the growing trend toward IT-as-a-service models.

Today’s competitive managed services landscape SD-WAN offers a diverse offering that includes technology providers, managed service providers, and established CSPs. These service providers are also rapidly developing their own propositions, often in close collaboration with specific technology vendors to defend and strengthen their position in the managed WAN market as a whole. Until now, many early technology solutions have focused on providing end users with a completely new network solution to replace the traditional WAN. However, in many cases, SD-WAN will become a complement to traditional network solutions, such as MPLS-based IP VPNs, in order to provide an overlay on hybrid network architectures, which may include MPLS, Internet, Ethernet and mobile access.

IDC Research Spain believes that managed service providers will progressively need to develop solutions that allow organisations to gradually adopt SD-WAN capabilities. Many choose to test, evaluate, and deploy on a limited scale, before making more extensive deployments across their network. To address this alternative, managed service providers will increasingly need to provide an interoperable path between traditional sites and SD-WAN. CSPs, in particular, should focus, according to the analyst firm, on tighter integration with other key components of their network development roadmap, specifically as it relates to cloud connectivity and cloud virtualisation. network functions (NFV).

According to Jacinto Cavestany, Evolutio CEO “the digitisation of the economy has ceased to be a commercial discourse to become a basic business need for those companies that want to remain competitive. And part of this effort depends on strengthening its infrastructure and networks to take advantage of its full digital potential”.

“SD-WAN is becoming the de facto standard for WAN networks”, highlights Carlos Infante, Director of Enterprise Networks at Cisco Spain. “It enables sites to easily connect to a wide range of cloud-based applications, reducing complexity and operating costs, and improving security and performance for critical applications in the multi-cloud era.”. 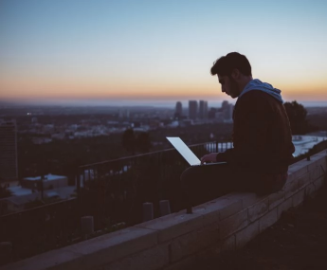